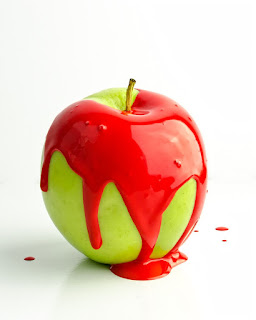 I've often wondered how frequently the apostle Paul was haunted by his own past, after becoming a Christian.  Perhaps his spiritual ability to receive and to communicate the grace of God sprang from that grace liberally applied to his own life.  As a reminder, Paul (while named Saul) had many Christians killed for their faith, while he zealously persecuted the Christian movement.  He had much to be forgiven.

(If we are honest with ourselves, don't we all?)

This morning's news program featured a U.S. Congressman who was railing against the fact a certain public figure had committed numerous legal transgressions.  Yet, no action has been taken or is being taken against her.  She is unrepentant.  There seems to be, increasingly, an uneven, one-sided application of justice in our country, a "misapplication of grace".  Those who are of a certain political persuasion or social class or of "greater value to society" are apparently "above the law".

This misapplication of grace is rather prevalent in our country.  Admittedly, it is a conundrum.  As a parent, for instance, it is very hard to know when it is best to hold our children responsible for bad decisions and when to "rescue" them, when to give grace.

For some, the story of Onesimus rankles.  It bothers them that this thief is being "let off the hook". To them, Onesimus will always be defined in light of his mistake; he will always be viewed a thief.  Of course, we do not know all the details of the story.  We do know this, though, that Paul is requesting
a.  to pay the debt Onesimus owes his master, Philemon
b.  that Philemon treat the returning Onesimus as a brother in Christ, as opposed to merely a slave.

The entire book of Philemon is a picture of God's grace to each of us.  The heart of the letter is love, the "law of God the Son".  Paul, here, represents our Triune God.  Onesimus represents every repentant sinner. Philemon represents the Church.

1.  Paul represents God.
He does not force Philemon to accept Onesimus although, with apostolic authority he could have ordered Philemon to obey.  Paul instead reminds Philemon that it was through Paul's ministry he was led to Christ.  He appeals to Philemon on the basis of love.  Father God treats us the same way.  He does not force.  He invites.   He appeals.  He beseeches.
Paul also represents the Father in that he pays the price Onesimus owes (vs. 18-19), just as Jesus Christ, God the Son, did for us.

2.   Onesimus represents slaves like we (are/were).
He had gotten himself into a situation from which he was unable to free himself. He owed a debt he could not pay.  In trying to fix his own situation, he only made it worse.  However, upon hearing the gospel from Paul (which is not to say he had not already heard it in Philemon's household), he accepted God's "fix", God's solution to his sin problem...salvation through grace/faith in Jesus Christ.
So, Onesimus is not being "let off the hook".  Rather, a tremendous price was paid by God to "make things right" for him positionally and eternally, the price of God's own Son.  Being accepted in Christ does not automatically free the new believer of the consequences of sin here on Earth, as we all know. Physical scars remain.  Nor does salvation cause us to never sin again in this world.  Sin ever seeks to again enslave us, pursuing us as a cheetah pursues a gazelle.

3.  Philemon represents the Church, the brotherhood of the saints.  Oh how hard it is to model ourselves after the character of God, according to His Holy Spirit who lives within us!  Perhaps Philemon struggled with this as well.  Satan tempts us to deal with each other harshly and with an unforgiving spirit.  Again, the key here is that Onesimus was a changed person, a repentant brother in Christ.  Nowhere in Scripture is the covering-over of sin applauded. This letter is not advocating overlooking sin or condoning a lack of confession or repentance. True restoration must contain those elements before restorative grace can be applied to one another and fellowship reaffirmed.
May we never be a Church that defines repentant sinners in light of their sins.  Instead, may we "remember them against them no more" (Isaiah 43:25; Hebrews 8:12)

I am reading a book that contrasts the Muslim faith with the Christian.1  The writer, a former devout Muslim, now a devout Christian, points out that Muslims struggle mightily with the concept of the Christian God's grace.  It is totally foreign to them.  "Why obey if you are already forgiven everything?"  The Christian's answer:  the law of love.  He/she who has been forgiven much, loves much.  (Luke 7:47)

The Bible does not tell us whether or not Philemon received the transformed Onesimus as he would receive Paul, who led the both of them to faith in Christ.  But, I imagine he did.  May we do the same.

Father God, I have so much for which to be forgiven, day in and day out.  But, I marvel at Your eternal grace, which has covered all my sin.  I pray that I may never make you ashamed of the grace You so lavishly poured out on me.  May I be even more emboldened and empowered to share that message of grace with others, who don't yet know You, who so desperately need to hear it, who so deeply desire to turn from their sins and find their eternal salvation (their soul's rest) in You.  In Jesus' name, amen.

1   Qureshi, Nabeel (2016). No God but one: Allah or Jesus?: A former Muslim investigates the evidence for Islam and Christianity.  Grand Rapids, MI: Zondervan.