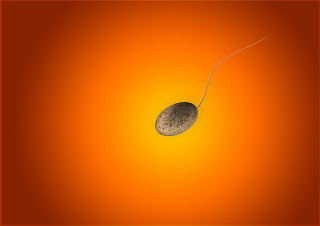 If you are a Christian, you probably accept these two truths of Scripture:
1.  Mary of Nazareth was Jesus' biological mother.
2.  Joseph of Nazareth was Jesus' adoptive father, the Holy Spirit being Jesus' true progenitor.
When examining genealogy, however, Joseph's role is very important.
One of the qualifications of being Messiah was that the man claiming this title had to have been a descendant of King David, with whom God made the Davidic Covenant.  Look at 2 Samuel 7:16 - - -


"Your house and your kingdom will endure forever before me; your throne will be established forever."
Wow, what a promise!  As usual, however, God didn't fulfill this promise in the way that David (or other descendants in the hundreds of years between then and the time of Jesus' birth) expected.
Perhaps you have wondered if all the Jewish girls thought they might become the mother of the Messiah.  If they knew the scriptures, then only those who were of the tribe of Judah (David's tribe), because the promise was made specifically to David's ancestral line.
Joseph was a descendant of David, through his son, Solomon.  (Solomon is mentioned in the verses just prior to 2 Sam. 7:16, as being the son through which God would build the first Jewish temple.) How do we know that Joseph was descended from Solomon?
One of the things about which the Jews were fastidious was genealogy.  They kept genealogical records back centuries.  This continued through Jesus' day.  It came to an abrupt bump-in-the-road, however, when the Romans destroyed the Jewish temple in 70 A.D.  The temple had been the grand repository of all Jewish genealogical records, ever since its reconstruction in Nehemiah's day (around 500 B.C., I think....)  But, even before that, the preservation of records (including Torah and other prophetic writings, genealogies, etc.) was very, very important to the Jews.
This is why Matthew and Luke were able to record the genealogical record of Jesus in their gospels...because of this fanatical record-keeping.  Praise the Lord! Because, otherwise, today we would not have it.
Let's look first at Matthew, who recorded the genealogy of Jesus through Joseph.  "So what?", you ask.  Joseph was not Jesus' "baby daddy", as the common vernacular goes.  That is true, biologically. But, Joseph adopted Jesus as a baby, which gave Him all the legal rights of a blood-born son and more.  My pastor, a few years ago in an Advent sermon, pointed out that adoption was highly esteemed by the Jews.  Through Joseph's ancestral line, Jesus could make a legal claim to Messiah.
Joseph was a descendant of King Solomon, as you might expect.  In fact, before hearing yesterday's sermon, I thought that both he and Mary were descendants of Solomon.  That is incorrect.  Matthew was a Jew, writing to Jews to convince them that Jesus is Messiah.  So, he began his gospel by laying out the legal genealogy through Joseph.
After King Solomon came a long procession of kings of Israel.  Not too long after Solomon's reign, the people split into two kingdoms, Israel in the north (10 tribes) and Judah in the south (2 tribes - - Judah and Benjamin).  The last Hebrew king in the line-up was Jeconiah, also called Coniah (as a nickname, I guess).  At any rate, he was quite the loser.  During his reign, the Jews were vassals of the Babylonians, led by Nebuchadnezzar.  However, Jeconiah was stinking it up so bad that Nebuchadnezzar decided to take the whole lot of Judah (most of them anyway) into captivity in Babylon.  Jeconiah came to a "bad end".  His eyes were gouged out, after which he was hauled off in chains and disgrace to Babylon.
You see, a curse had been pronounced upon Solomon's kingly line, due to the many Solomonic kings who had done evil in the eyes of the LORD.  This is recorded in Jeremiah 22:24-30 - -


24 “As surely as I live,” declares the Lord, “even if you, Jehoiachin(G) son of Jehoiakim king of Judah, were a signet ring(H) on my right hand, I would still pull you off. 25 I will deliver(I)you into the hands of those who want to kill you, those you fear—Nebuchadnezzar king of Babylon and the Babylonians. 26 I will hurl(J) you and the mother(K) who gave you birth into another country, where neither of you was born, and there you both will die. 27 You will never come back to the land you long to return(L) to.”
28
Is this man Jehoiachin(M) a despised, broken pot,(N)


an object no one wants?
Why will he and his children be hurled(O) out,
cast into a land(P) they do not know?
29
O land,(Q) land, land,
hear the word of the Lord!
30
This is what the Lord says:
“Record this man as if childless,(R)
a man who will not prosper(S) in his lifetime,
for none of his offspring(T) will prosper,
none will sit on the throne(U) of David
or rule anymore in Judah.”

You may be wondering where the name Jeconiah figures into this passage.  It becomes confusing because kings would often adopt a different name when they assumed the throne.   Jehoiachin and Jeconiah are the same person, son of Jehoiachim, whose name before assuming the throne had been Eliakim.  The point is that Coniah's imprisonment and dethroning ended the line of Hebrew kings temporarily...until the King of Kings and Lord of Lords came on the scene, born in a manger.
Now, let's look at Luke's recording of Mary's genealogy, in Luke 3.  Luke was not a Jew.  He was a Gentile, writing to persuade Gentiles of the deity of Jesus.  Therefore, he concentrated on the blood that flowed through Jesus' veins, through His mother, Mary.  Jeconiah was the end of the Solomonic kingly line, but not the Davidic kingly line.  Jesus, through Mary, carried the royal bloodline of King David, through his son, Nathan.  We don't know a lot about Nathan, except that he was the older brother of Solomon and that he was the son of Bathsheba.


13Meanwhile David took more concubines and wives from Jerusalem, after he came from Hebron; and more sons and daughters were born to David. 14Now these are the names of those who were born to him in Jerusalem: Shammua, Shobab, Nathan, Solomon,...
2 Samuel 5:13-14


and these were the children born to him there: Shammua, Shobab, Nathan and Solomon. These four were by Bathsheba daughter of Ammiel.
1 Chronicles 3:5
Now, we've got to get a bit technical here.  There seems to be a contradiction between the genealogies of Luke 3 and Matthew 1.  Both appear to be genealogies of Joseph.  Not true.  The genealogy in Matthew 1 clearly says that Joseph (Jesus' adoptive father) was the son of Jacob.  In Luke 3 the translation of "son of" in verse 23 is ambiguous, and can be interpreted to mean either "son" or "son-in-law".  In fact, the word "son" does not even appear in the original Greek text.  Heli was Mary's father.
So, will there be any other kings of Judah, to sit upon David's throne?  None other than that baby, born in a manger, whose birth we look forward to celebrating in about 19 days:  King Jesus.  When you think back to my earlier historical statement - - - that the genealogical records of the Jews were utterly destroyed when the 2nd temple was destroyed in 70 A.D - - - No other Jew making a messianic claim would be able to document his Davidic ancestry.  But, even disregarding that inescapable fact, the Bible is clear that Jesus is the fulfillment of God's promise to David.  When He returns to earth, in God's perfect timing, He will set up His earthly reign, not only over the Jews, but over all mankind.
Hallelujah!
Good morning, Lord!  I rejoice in Your marvelous ways.  Thank you for teaching us through Your holy Word.  In Jesus' name, amen.
Posted by Gena Hood at 5:37 AM