Who was Cain's wife? 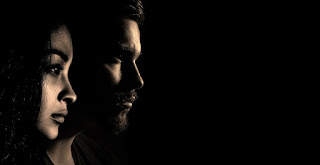 There are some trigger questions people will ask in an attempt to discredit the Bible.  Some sincere believers ask them too, because the questions are true puzzles.  Believers, not understanding, ask even in the face of their faith, because they want to be able to answer skeptics and critics.  It is in that light this morning I tackle the question my father posed to me 50 or so years ago, "Who was Cain's wife?"

Let's review:  Adam and Eve were the first humans, created by the hand of God.  The Bible also reveals they procreated, producing both Cain and then afterwards, Abel.  Were there other children born to Adam and Eve between Cain and Abel?  The Bible does not explicitly say.
Cain went on to murder Abel, both of them having been born with the sin nature, evidenced by Abel performing a blood sacrifice for the atonement of sin.  This lends credence to the fact both were born outside The Garden of Eden, after The Fall.
The Bible does not mention other children born to The First Couple, other than Seth, who is the progenitor of the Messianic line, the ancestral line which would produce Messiah.

But, let's back up a little more:
Remember that when God created all, He repeatedly pronounced it "good".  When He created man, He pronounced it "very good".  We cannot even conceive of (please pardon the procreation pun) life in such perfection!  It is beyond our thinking, because all we have known for thousands of years is life under the sin curse.

When God pronounced His curse on ALL of creation, in the aftermath of the Fall of Man, His splendid creation began to erode.  This statement of biblical fact flies in the face of the theory of evolution, which asserts that all the physical world is "evolving" from one state to a better, higher state.  Acute observation of the natural world reveals this is just not factual, but is instead wishful thinking on the part of those who wish to disregard creationism.

Fact:  when God pronounced the sin curse, His perfect creation began to slowly show the effects, over a period of years, decades, millenia.
Case in point:  how old was Adam (and Eve was of a similar age, according to scripture) when Seth was born?  Genesis 5:3 states this:


3When Adam had lived 130 years he fathered a son in his own likeness, according to his image, and he named him Seth.

Eve gave birth to Seth when she was WELL over 100 years old.  Is it reasonable to believe that Adam and Eve had no other offspring between Cain, Abel and Seth?  No.  Instead, it seems more reasonable to conclude that they did, fulfilling God's command to "be fruitful and multiply and replenish the earth" (Genesis 1:28), even though the Bible does not explicitly mention those offspring by name.
"God did not forbid inter-family marriage until much later when there were enough people to make intermarriage unnecessary (Leviticus 18:6-18)."1
Essentially, these two people, created originally sinless by the hand of Almighty God, were, in a sense "superhuman".  Their bodies were originally perfect, with characteristics we cannot fully comprehend.  Furthermore, the newly-created world was vastly different from the one we experience today.

As the slow erosion of the now sin-infected creation progressed, creation, including man's DNA began to show the effects - - the slow, but inevitable, slide toward eventual physical death.  There is no doubt in my mind, in fact it must be so if the Bible is true, that Adam and Eve produced scores of offspring over their nearly 1000-year lifetimes, and those offspring similarly produced an "incredible" number of offspring - - by marrying their siblings and cousins.  Those offspring spread out and started lives on their own over the first centuries, building and populating cities, etc.

Before you think me completely crazy (because marrying close relatives today produces inevitable genetic abnormalities) keep in mind that early man's genetic composition was vastly superior to ours today.  Again, creation continues to deteriorate, to "groan" as the Bible puts it in Isaiah 24:4 and Romans 8:22.

Back in 2006, a theistic evolutionist named Dr. Francis Collins published a book called, The Language of God, in which he claimed that the human race could have been started by no less than 10,000 "founders" - - original humans simultaneously created by God, with Adam and Eve being the Bible's "Exhibit A" in an allegorical story.  This is a problematic theory, not to mention a false one, because if the ENTIRE human race had not been infected with the sin curse which Adam and Eve brought down upon their genetic line, there would have been no reason for Jesus Christ to come and redeem those "ALL" who have sinned (Romans 3:23).

Are two original ancestors (Adam and Eve) enough to eventually produce the entire human race?
I reference for your inspection this article2, under "Sources", by Dr. Elizabeth Purdom, a renowned molecular geneticist, who argues that, yes, two were enough.


The genetic evidence is consistent with human DNA being “young” and the human race beginning with a very small starting population (the Bible tells us the starting population was two people!).
The International HapMap project endeavors to study a select group of DNA similarities and differences between humans known as single nucleotide polymorphisms (SNPs).5 The SNPs are believed to be representative of the genome (total human DNA) such that what is true for them would be true for the whole genome. These studies and others have shown that the difference in DNA between any two humans is amazingly low . . . only 0.1 percent.6
Reflecting on this very low percentage, some scientists posited, “This proportion is low compared with those of many other species, from fruit flies to chimpanzees, reflecting the recent origins of our species from a small founding population” (emphases mine).7 They also stated, “[Certain genetic estimates] tell us that humans vary only slightly at the DNA level and that only a small proportion of this variation separates continental populations.”8
These findings are consistent with the Bible’s history that humans were created several thousands years ago; in other words, a short amount of time has passed, so there is little genetic variation.

Astounding.  The genetic evidence argues that, not only did the human race originate from only two people, but the lack of genetic diversity argues for a "young earth".
So, according to the Bible and according to true science (science that avoids circular reasoning) Cain must have married either a sister, niece or a cousin.  And, such behavior was common in those days.  What a world it must have been!

2
https://answersingenesis.org/genetics/did-we-all-come-from-adam-and-eve/?utm_source=facebook-aig&utm_medium=social&utm_campaign=facebook-aig
Posted by Gena Hood at 9:28 AM